Mark is the owner of KBPX-TV 46.3, The New DuMont Television Network, The NuDu Channel 46.3 and Leaky Bucket Productions. Mark’s nearly 40 year career as Executive Producer, Producer and Director encompasses all aspects of television production, including live, remote and taped studio broadcasts. He has earned more than 400 commercial and industrial credits and more than 4,000 live production credits. For six years, Mark was the award winning Executive Producer of Science Quest, Houston PBS’ live, national science show for kids produced in conjunction with Houston’s Museum of Natural Science. He directed the daily live show WeekDay. Since 2014, he has served as Executive Producer for the Sugar Land Skeeters Atlantic League professional baseball club with their live broadcasts on ESPN3, as well as on numerous other ESPN events.

Bob is the owner of BOBdacious Ideas Group, a creative sponsorship strategic solutions firm. Bob’s career hybrid spans nearly 30 years combining event sponsorship, advertising sales, cause marketing, non-profit management, non-profit fundraising, broadcast journalism, television production and business administration. For nearly 20 years, Bob served as Director, Corporate Programs at Houston Livestock Show and Rodeo. His other experience includes NBC Nightly News, New York (under the guidance of John Chancellor), Glendale Studios in Glendale, Calif. and KVUE-TV, Austin, Texas. Almost a native Texan, Bob grew up in the Inwood Forest area of northwest Houston. Bob earned his Bachelor of Science in Radio/TV/Film from The University of Texas at Austin. Bob volunteers for Crime Stoppers of Houston as a member of the Board of Directors and Executive Committee.

Jeff McShan is a highly regarded media professional who has called Houston home his entire life. He is elated to join NUDU-TV and is excited about the community programming Channel 46.3 will provide to viewers in the greater Houston Area. Jeff began his television broadcasting career more than 30 years ago as Sports Director at KBTX-TV (CBS) in Bryan-College Station, Texas. He covered all Aggie sports and started a Friday night high school football show in College Station which continues to air in Aggieland. In 1987, Jeff joined KTRK-TV (ABC) and worked with his good friend Sports Director Bob Allen. He continued his passion to cover high school sports and traveled with the NFL Houston Oilers for five seasons. He moved to KHOU-TV (CBS) in 1993 where he joined Sports Director Gifford Nielsen. At KHOU, he covered everything from the NBA Finals, to Super Bowls, to motocross events. He also was the stations crime reporter and worked all hours of the night to inform Houstonians about the crime that was occurring in their neighborhoods. Now he continues to work in the media as a consultant and law enforcement liaison for Crime Stoppers of Houston, an organization that helps keep our community safe. As a native Texan who grew up in Houston’s Sharpstown, Jeff attended Sam Houston State University where he graduated with a Bachelor of Fine Arts degree in Radio, Television and Film. Jeff is an avid videographer and often shoots and produces videos for clients. 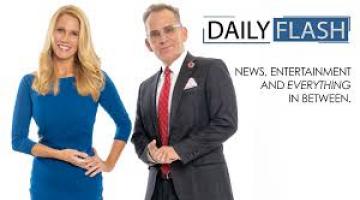